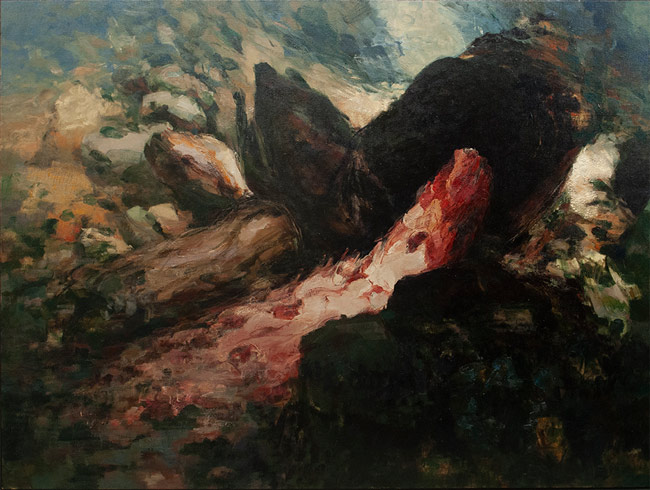 Lush paintings evoke the figure in landscape; the artist’s embodied and fragmented forms are less figures than they are haptic events. Cycling intensive and extensive forces, boundaries between figure and ground are often permeable, transient and uncertain. Yet the forms also demonstrate a grounded carnal presence. Truncated masses achieve temporary integrity, a kind of circumspect vitality and position.

These monumental images, subject to failing light and immanent collapse, structure a precariousness that makes some sense in our anxious era, as we face multiplying dilemmas and our own limitations.

‘Fugitive Sense’ is Dana Saulnier’s fifth solo exhibition at First Street Gallery. The exhibition is accompanied by a catalog available from the gallery. Saulnier has exhibited his work in more than thirty solo shows, and numerous group exhibitions both in the United States and Europe.