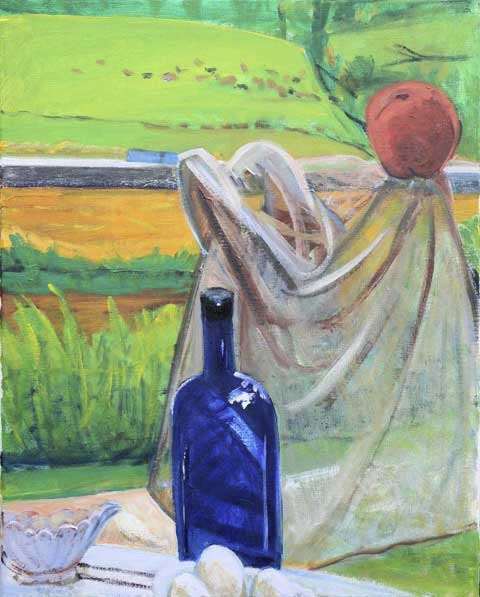 Zeuxis is a grass roots project founded in New York City in 1994. Its mission is to take the measure of contemporary still life painting. To that end, it has organized scores of traveling shows which have been exhibited in New York and around the country.

Zeuxis exhibitions are formed around a common theme. While the thematic element places limitations, the broad mix of conceptual approaches leads to surprising results from even the most practiced painters. Though they share an interest in perception, Zeuxis artists work from many different perspectives — entering into visual conversations with one another, and the viewer. Each exhibition is unified by the theme but is as richly varied as the artists themselves.

In Drawing the Curtain, each painter incorporates an identical piece of translucent cloth into his or her painting, exploring a contemporary treatment of an age-old motif. Curtains offer an invitation to a secreted space — literal or metaphorical, the nature of which they may cover, obscure, or reveal.