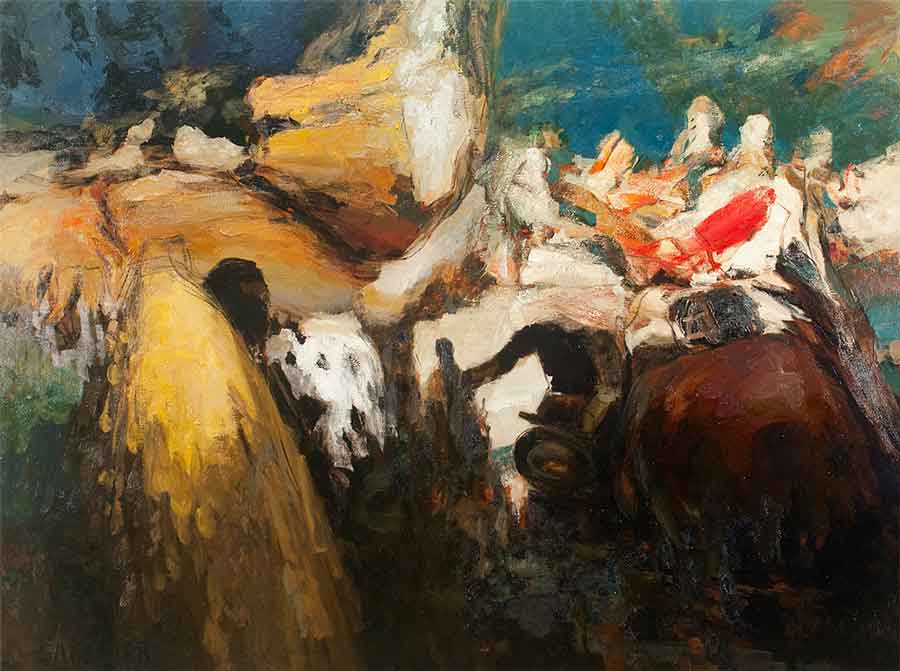 In these paintings and drawings embodied forms grow and decay; they are tentative and are often undone; they mark passages that are less narrative than an enactment of forces. With the nominal subject of ‘the figure in landscape’ boundaries between figure and ground are haptic. Bodies under pressure continuously dwell within forces that exceed their temporary integrity. Still, these fleeting modes of presence achieve a kind of circumspect vitality… a position… a place cycling their contingency.

The relation between visual sense and language is incommensurate. It is also productive. I strive to make work that is both resistant to analysis and absolutely specific. I seek images that alternate, shift, and traverse different beginnings. Paradoxically I do this through painting, knowing very well that painting has its history and traditions, its frameworks and theories. I do not deny such understandings… in truth I love the way that painting calls forth language, but the thing is, it seems to me that painting devours theory and lives best, meaning more deeply, by eluding translation.

‘Restless Measures’ is Dana Saulnier’s fourth solo exhibition at FIRST STREET GALLERY, and is accompanied by a catalog with an essay by Peter Malone. Saulnier has exhibited his work in more than thirty solo shows, and numerous group shows both in the United States and Europe. Recent recognition includes a 2015 Lillian Orlowsky and William Freed Foundation Grant awarded to American painters each year.