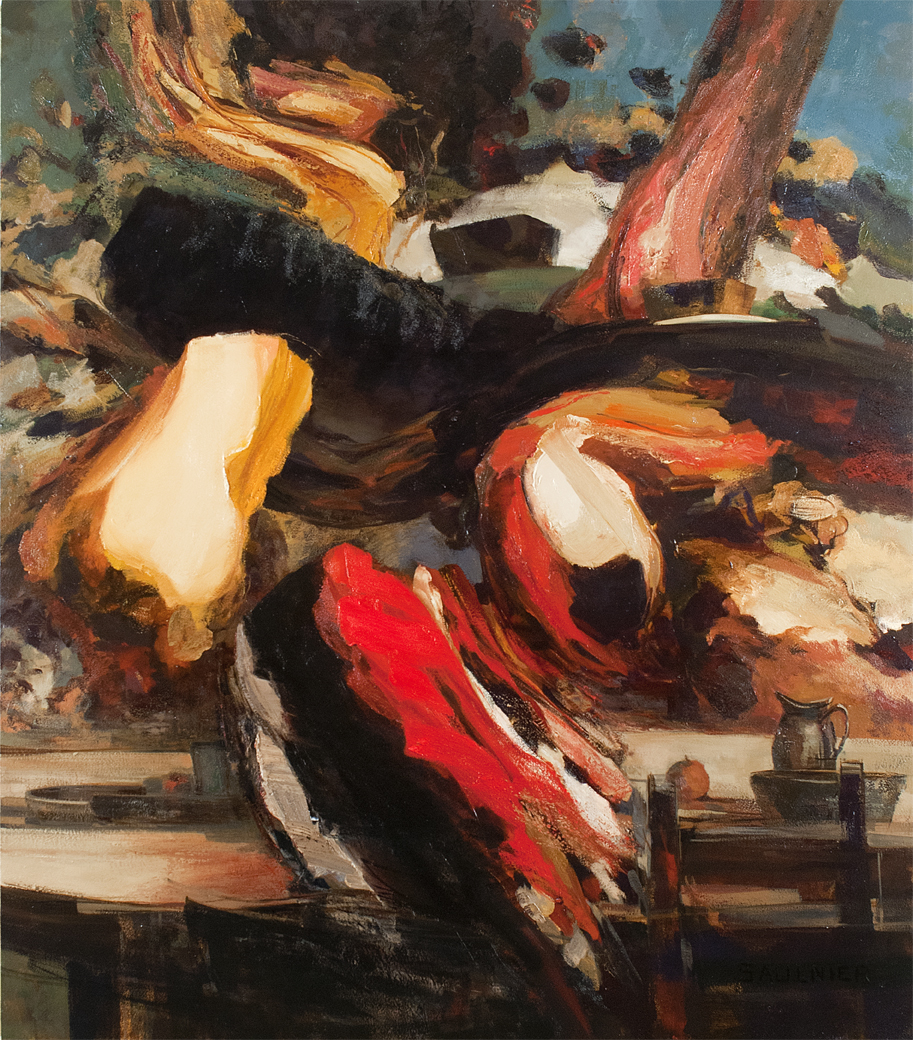 Visceral embodied forms seemingly enact sensations in these paintings. The nominal subject of the figure in landscape continues here with bodies that are open, situated, and contingent. Searching for figures that are haptic events, figures that that are not figures, I try to find a movement that cycles intensive and extensive forces. Boundaries between figure and ground are permeable, evoking transience and uncertainty. Yet the forms remain grounded, weighty, present with us. These historically self-conscious works are driven by a simultaneous need to make images and an iconoclastic distrust of images. The compositions encompass (embrace? parody?) gestural abstraction while also negotiating a now distant spiritual ethos that we may imagine from renaissance and baroque art.

The paintings evolve between series as I emphasize different expressive potentials for the vocabulary of forms that I have been using for some time. This current series cycles both “stacks and traps”. They are stacks in formal configuration, but also in how they structure precariousness appropriate to our anxiety as we try to hold together our fragile being in the face of constant change. Yet the paintings also act as intimate or claustrophobic traps, where we continually find ourselves within our dilemmas and contingency. These ‘traps’ are suspended between the sensual, the uncanny, and the tragic.

Dana Saulnier has exhibited his work in more than twenty-five solo shows, and numerous group shows both in the United States and Europe. Recent solo shows include a mid career survey of his paintings at Clemson University. His 2011 solo exhibition at First Street Gallery was reviewed by Lance Esplund for the Wall Street Journal. As a writer and curator, projects include essays such as “Ground, Figure, and Ground Again”, for a monograph on the painter Cecilia Vazquez; and the essay “Resistance to Vision”, for an exhibition he curated by the same title at Manifest Gallery.