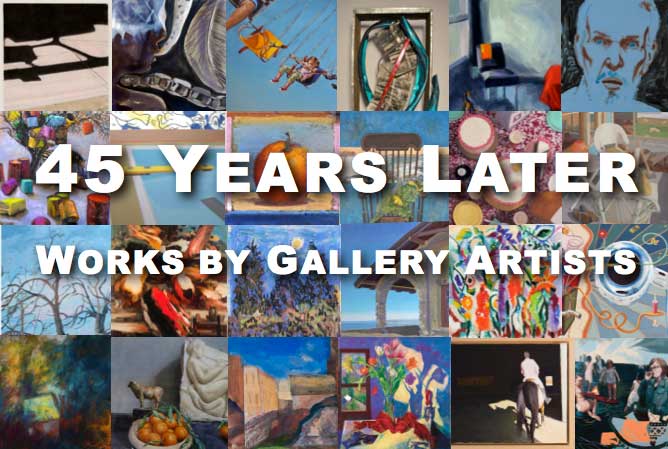 When First Street Gallery opened in 1969, the main focus was a return to figuration, with a sense of art historical continuity in particular the classical tradition. Some of the artists were students of Philip Pearlstein, Lennart Anderson, Gabriel Laderman, Leland Bell, Nick Carone and Alfred Russell from Brooklyn College, Queens College and the New York Studio School. There was a turning away from the second generation of Abstract Expressionism toward a more perceptual approach to still life, landscape and drawing from the model. Some of the artists such as Catherine Murphy, Altoon Sultan and others shifted toward genre and regional subject matter with an acute focus on detail. In time, a more fluid approach toward a pictorial language became apparent. Pop art, Graffiti, Non Western and abstract elements merged creating a more polyphonic and pluralistic vision to the aesthetic direction of First Street Gallery.